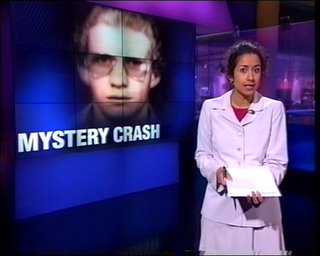 What was the British lawyer who died in this crash telling British intelligence here about the struggle between the Kremlin and a Russian oil empire?

When the closest confidant of Russia’s wealthiest man died in a helicopter crash in Dorset last month, suspicions were raised.

While air accident investigators are still trying to find what caused the crash, local police say they have no plans to investigate.

But the National Criminal Intelligence Service is apparently taking an interest in the case.

Channel Four News has learned that shortly before he died, Stephen Curtis contacted officers to offer his services as an informant. And friends told us the millionaire lawyer was afraid for his life in the weeks before the crash.