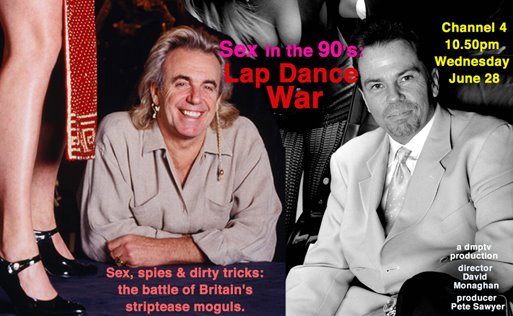 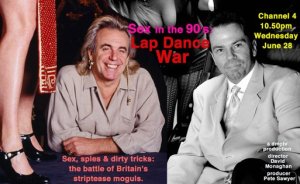 The 1990s saw the rise of lap dancing in Britain. Giant corporations opened strip clubs up and down the country, fundamentally changing British attitudes to sex. Lap Dance War tells the behind-the-scenes story of how lap dancing conquered Britain. It reveals the men behind the industry – like Michael J Peter, Peter Stringfellow and Spearmint Rhino’s John Gray – and their power struggles to dominate the scene. It is the story of backroom deals, lapdancing spies, and private detectives who re-wrote Britain’s rulebook for selling sex.

The programme features interviews with Michael J Peter, Peter Stringfellow, Mark Young and David Fierstone. The documentary also includes an interview with Adrian Gatton about his investigations into the lap-dancing wars (follow the links for some of the stories Spearmint Rhino lap-dancing clubs’ boss is convicted fraudster, Tale of the Rhino, A gangland killing, lap dancers who are said to sell sex and the criminal past of the man behind the Spearmint Rhino empire, Spearmint Rhino dances to £1.75m). 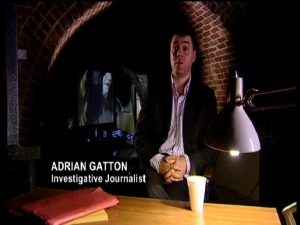