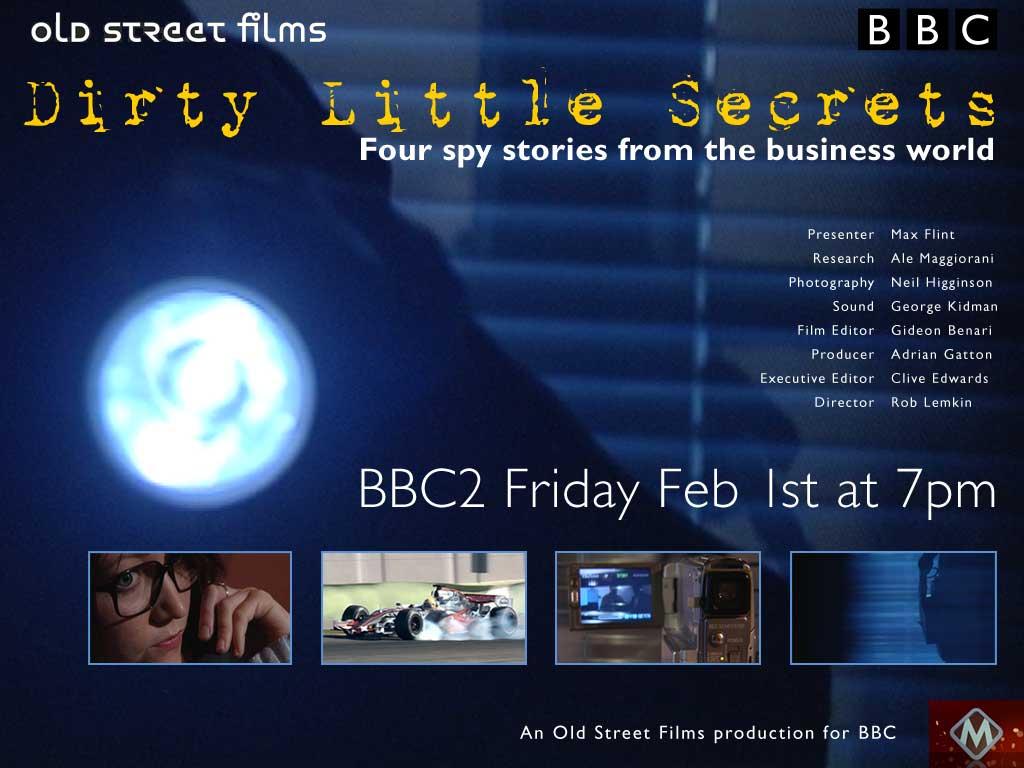 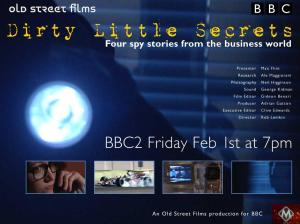 The temptation to gain an illegal advantage on your business competitors has never been higher. Companies now routinely employ private detectives to find out just what their competitors are up to.

In the first programme of a new series, the Money Programme’s Max Flint lifts the lid on a murky world of phone taps, secret filming, break-ins and deception – all in search of a profit.

But The Money Programme discovers that far from the glamour of F1, many other businesses are also relying on dirty tricks to give them that extra advantage. The programme investigates competitive spying in businesses as mundane as the conservatory industry. And it explores in-depth how a waste tycoon Adrian Kirby ordered corrupt London-based private detective firm Active Investigation Service (AIS) to bug the phones and hack into the emails of opponents. And reveals the methods of blaggers such as Sharon Anderson who use ‘social engineering’ techniques to access commercially sensitive information.