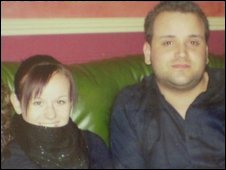 The tale of a modern-day Svengali. Nineteen-year-old Oxford jewellery shop assistant Leanne McCarthy found herself trapped in a modern nightmare of kidnap, fear and mind control when she met 23-year-old Wayne Gouveia, a sophisticated conman with a track record of duping young women.

Wayne, who worked in a whisky shop in the same street, swept Leanne off her feet on several lavish dates and they started a relationship. He then set out to cleverly and meticulously convince Leanne he was an MI5 agent, assigned to protect her shop from a ruthless gang of jewel thieves.

The couple embarked on a year of madness involving late-night stake-outs, car chases, safe-houses, narrow escapes from the gang and, in between, going to flashy hotels and on glamorous trips abroad.

But Leanne’s doubts about Wayne grew as their adventures got darker and his behaviour became increasingly controlling. As she was driven to the brink of madness, getting away from him became a matter of survival.

Wayne, it turned out, was one of Britain’s most disturbing hoaxers. In March 2009, he was finally jailed after conning Leanne out of thousands of pounds.

In this moving and disturbing First Cut film, Leanne revisits the places and relives the memories where her bizarre adventures took place.

From some of the reviews …

“Here is a good movie plot: a pudgy-faced, innocent looking fantasist spins a web of deception. But My Boyfriend the MI5 Hoaxer is true…Wayne Gouveia emerges as a sinister manipulator who brainwashed his victim into paralysed, nightmarish compliance” – – Financial Times

“Extraordinary, all of it, and fascinating” – Sam Wollaston, Guardian

“Adrian Gatton’s First Cut film offers a stark warning about the power of sophisticated conmen through the staggering story of Leanne McCarthy.” – Mail on Sunday